Mauricio Pochettino has been sacked by Tottenham Hotspur just six months after leading the club to the Champions League final.

“The Club can today announce that Mauricio Pochettino and his coaching staff Jesus Perez, Miguel D’Agostino and Antoni Jimenez have been relieved of their duties,” said Tottenham in a statement on Tuesday.
The English Premier League side currently sits 14th in the league table.
The 47-year-old Argentine was appointed in May 2014. Last season Pochettino and Spurs enjoyed a remarkable run to the Champions League final before losing 2-0 in Liverpool in Madrid.
Former Spurs and England international Gary Lineker tweeted: “He helped the club to punch massively above their weight for years. Good luck with finding a better replacement … ain’t gonna happen.” 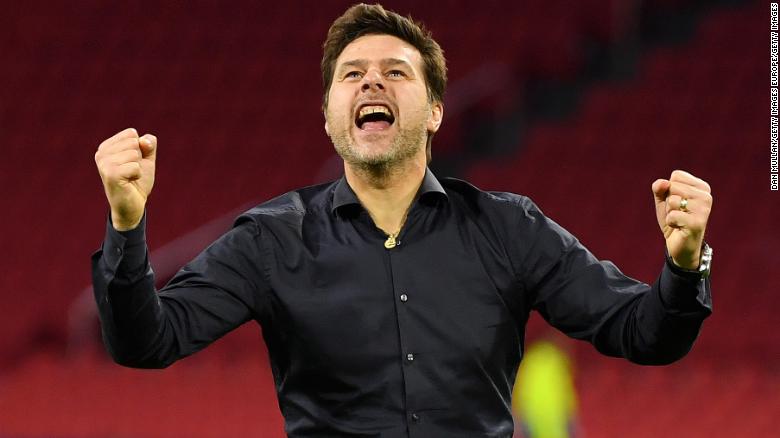 Pochettino celebrates victory after Spurs reached the Champions League final after getting the better of Ajax in the semis.
Spurs regularly qualified for the Champions League under Pochettino — and that was despite playing at Wembley for 18 months while the club’s new staduim was built.
However this season the club has managed to take just 14 points from 12 league games and was knocked out of the League Cup by League Two team Colchester United.
Spurs were also thrashed at home by Bayern Munich, with the German side winning 7-2 in a Champions League league group game.
“Regrettably domestic results at the end of last season and beginning of this season have been extremely disappointing,” said Spurs chairman Daniel Levy.
“It falls to the Board to make the difficult decisions — this one made more so given the many memorable moments we have had with Mauricio and his coaching staff — but we do so in the Club’s best interests.
“Mauricio and his coaching staff will always be part of our history. I have the utmost admiration for the manner in which he dealt with the difficult times away from a home ground whilst we built the new stadium and for the warmth and positivity he brought to us.
“I should like to thank him and his coaching staff for all they have contributed. They will always be welcome here.”
Source: CNN

Check Out What James Gardiner Had To Say About Actors Who...

Rawlings Supported My Career; Swept Our Room After Training – Azumah