Violence broke out after locals accused a Somali shop owner of shooting a teenager and his friend who allegedly tried to break into his store.

Police believe this triggered the chaotic scenes of looting and violence, which spread to other areas of Soweto, our correspondent says.

A total of 27 people have been arrested, a police statement said.

It condemned those who had taken the law into their own hands, and described the disturbances as tantamount to anarchy.

Reports suggested that the unrest continued into Wednesday evening, according to South Africa’s TimesLive news site.

A WhatsApp message has been doing the rounds in South Africa warning anyone who has rented rooms to Somalis to evict them, our correspondent says.

According to the message if this does not happen by 8 September, homes and shops will be burnt down.

A number of these shops are built in the backyards of residents, and are owned by immigrants, including Ethiopians, Zimbabweans, Pakistanis, our reporter says.

Many shop owners have now packed up their goods and are leaving the township, fearing further violence, she adds. 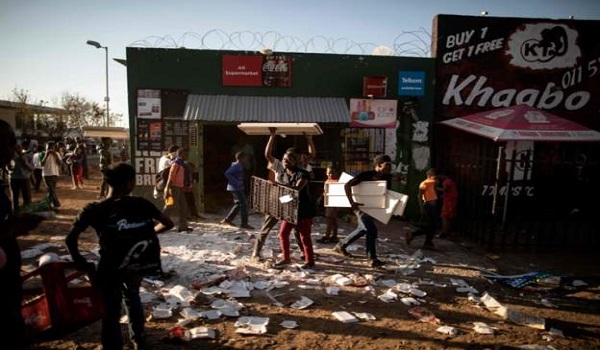 Jawula To Head Premier League Board

NAM 1 Is The ¨Messiah¨ For Ghana´s Movie Industry – Actress...

“We Don’t Have The Means To Produce Historical Movies” – Shirley...

A 23-Year-Old Mother Commits Suicide In Front Of Her 3 Year...