Amaju Pinnick, FA boss for Nigeria has been appointed the new first vice President of CAF.

Nyantakyi lost his post at CAF after he was exposed in an undercover video by investigative journalist Anas Aremeyaw Anas.

The WA All Stars bankroller has since been under investigation over his acts.

He has already been suspended by the Federation of International Football Association (FIFA) hence preventing him from getting involved in any football activities.

The former FIFA council member resigned as President of the Ghana FA after he was caught in the video scandal. 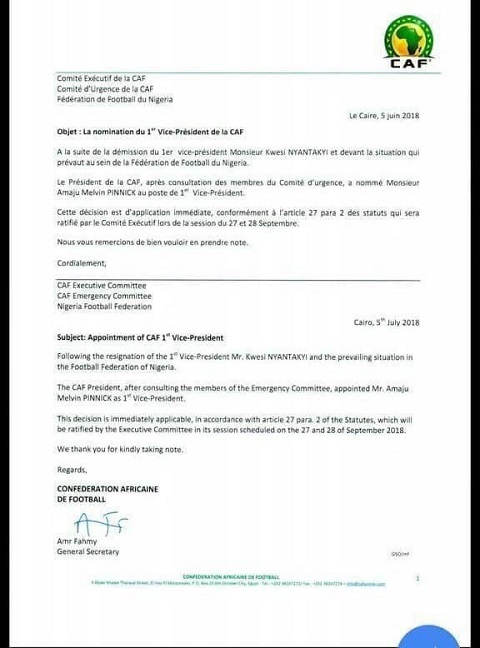 Lumor Agbenyenu Returns To Mallorca For Further Test After Suffering...

Nana Ama McBrown And Others Made “Yebewu Nti” A Hit –...

ALL SET FOR NOMINEES UNVEIL AND GRAND LAUNCH OF THE 20TH...